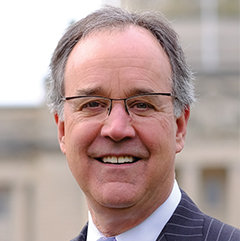 Adkisson is president and CEO of the Kentucky Chamber of Commerce. During his 14 years at the Chamber, the organization has grown substantially while working to fulfill its mission of “Uniting Business and Advancing Kentucky.” Adkisson is past chairman of the American Chamber of Commerce Executives and past chairman of the national Council of State Chambers. Adkisson is originally from Owensboro, Ky., where he started his career at the Chamber of Commerce and later served eight years as the mayor of Owensboro. He served as president of the Birmingham, Ala. Chamber for six years before returning to Kentucky to head our state chamber in 2005. The Kentucky Chamber was named the 2017 State Chamber of the Year by the National Council of State Chambers.