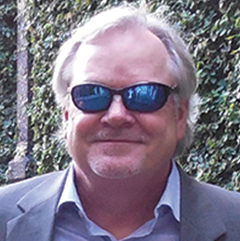 Manufacturing Rules the South (including Kentucky): Obstacles and Opportunities

Michael Randle has been featured or quoted in more than 900 different media properties around the world and was described by Fred Barnes of Fox News as “an expert on the South’s economy.” Joe Hollingsworth, author of the book The Southern Advantage, wrote in the forward of that book, “Mike has to be recognized for his amazing knowledge of the South and his enthusiastic support for the Southern economic success story.” Randle founded his first business publication, The Birmingham Business Journal, in 1983 at the age of 27. In 1992 he sold it and started Southern Business & Development in 1992 at age 36. Randle and his publications and web sites have been quoted and/or featured on CNN, AP, Time, ABC News, NBC News, Fox News, CNBC, MSNBC, PBS, The Huffington Post, Bloomberg, Yahoo, Al Jazeera, BBC, and in dozens of other electronic media and in publications such as The Wall Street Journal, Bloomberg Business Week, Forbes, The New York Times and The Boston Globe.