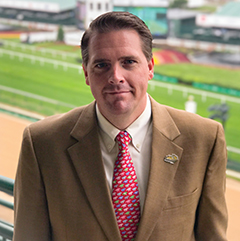 Jennings is one of the best known conservative commentators in Kentucky. He frequently appears on the Fox News Channel, on MSNBC, and other national media outlets. He writes a column for the Louisville Courier Journaland is frequently featured in USA Today and RealClear Politics. Jennings has served in four presidential campaigns, three U.S. Senate races, and dozens of other campaigns. He was part of President George W. Bush’s two victories, and was appointed Special Assistant to the President in 2005. Today, Jennings’s public relations firm, RunSwitch, is Kentucky’s largest for three years running and has been voted a “Best Place to Work” two years in a row. RunSwitch is a proud member of the Kentucky Chamber of Commerce.